Jonathon Brooks was an American expatriate living in Mexico City. A committed socialist and Communist, he founded the International Workers’ Party of Mexico.

Brooks was vain and boastful. He liked to call himself the “John Reed of Mexico” even though John Reed had famously written about Mexico during the Revolution.

Brooks was found dead in his subterranean recording studio in 1937. 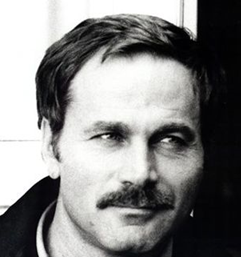